It’s a snow day! Wahoo! There’s nothing better during a snow day than to cuddle up and watch something from the Hallmark Channel. Today’s installment is Royal Hearts, a madcap tale starring James Brolin, that girl from Unleashing Mr. Darcy, and some guy. It’s been sitting in my DVR just waiting for today!

To bring home the Jane Austen-ness of our heroine, she starts the movie lecturing her class about Pride and Prejudice. Her name is Kelly Pavlick, she lives in Montana, and is an Assistant Professor at Montana State University. She is on a date with a guy who likes comic books, but she doesn’t seem to realize that he is totally watching a game on his phone without turning the volume down. End of date. But this establishes that Kelly wants to find a man, but she has bad luck. And Introduction to Sassy Friend Jasmine, who tells her that she lives in books, and she needs to live in the real world, because fictional chivalrous men don’t exist. And good-bye, Sassy Friend Jasmine. That was your one scene. You no longer are needed in this movie.

Kelly was offered a position at Oxford, and she wants to follow her dreams, and not just hang around horses anymore. There is a classic “girl thinks she’s too good for her background/dad who is just lonely because his wife died” trope going on here. But after an argument, they agree to take United Airlines off to Merenia. It’s clearly someplace in Germany, by the amount of lederhosen they are showing, but after a quick Google, it’s filmed in Transylvania. They are interrupted in their drive by a handsome local with a ton of sheep, and Kelly shows off her herding skills by getting the sheep off the road. And my son says, “So I guess that they fall in love?” See, he knows.

The estate that they inherit is a castle and James Brolin is referred to as ‘Your Majesty.’ He’s the King of Merenia! Merenia apparently shares a border with Angosia. Where the hell is that? James Brolin can’t abdicate, because then there would be some kind of independence thing going on with the country – which is just convoluted enough to make some kind of Hallmark sense.

Kelly is shown into her own room which is the SAME DAMN ROOM as A Crown for Christmas. Way to recycle wallpapered sets!

Handsome local sheepherder just rescued Kelly from falling off the library ladder. His name is Alex, and he’s a reader – he likes poetry, and she does that whole “sure you do, animal guy,” snobbery thing. For some reason, Alex has a British accent. They have so much chemistry, you guys! So much chemistry! So much banter! And off they go to a horseback ride through the forest.

James Brolin has found the cows on his estate so he’s happy. But if he does abdicate, the new king will want to modernize this sleepy little country, so Kelly has forced him to stay for 2 weeks. And the first thing they need to do is host a state dinner for the King of Angosia.  Kelly thinks that Alex is kissing up to her dad, but when she tries to apologize , she gets flustered when King Nicholas from Angosia arrives – and after she curtseys to the security guard, she gets even more flustered when King Nicholas is handsome and British sounding.

King James Brolin (JB) has to address the Privy Council, to raise taxes to repair the castle, but instead of doing this, he basically blackmails them into giving him cattle so he can turn a profit and make Merenia a real working cattle farm. Or something. It’s weird. 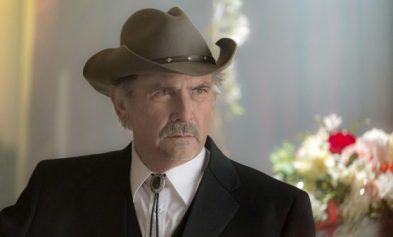 Kelly doesn’t have anything to wear to the state dinner or the Royal Ball (did you think there wouldn’t be a ball) but the private secretary CeCe helps her out. Cut to King JB wanting to celebrate his parliamentary win with a cold beer, which SHOCKS, utterly SHOCKS, his butler, who for some reason went with him to the Privy Council. So he heads to a bar, upset at the lukewarm beer, and meets barmaid Joan, who is also not from Merenia. Meet Cute x 2.

Kelly and King Nicholas are having some kind of tea conversation – she’s very flustered again, and he’s a douche who wants to take over her country, and she’s very upset with her dad who is very, very, very playing up the country-boy aspect of his character. Alex warns Kelly about how much of a smooth operator King Nicholas is, who is way too charming for his own good. He’s as oily as his hair. It’s gross, but she likes him anyway, because it’s way too early in the movie for her to realize just how amazing Alex is comparatively. Seriously, Kelly, don’t get swept away by the fact that Nicholas hired a barouche to drive you around. Alex is the real deal. Nicholas also totally cock-blocked Alex and she let him.

King JB doesn’t like Nicholas, but the butler tells him to read Pride and Prejudice to connect with his daughter.

Nicholas is so gross, y’all.  Look at the way Alex totes those hay bales!

There are also some kind of Royal Games, or something – it’s very Renaissance-Faire. Nicholas is being very transparent about schmoozing Kelly so he can get his manicured hands onto Merenia. He’s also not very thrilled that Alex keeps showing up around her. While he was on his one millionth phone call, Alex confesses that a) he went to Oxford, b) he’s studying to be a vet, both of which make Kelly feel like a supersnob for putting him down that he mucks out stalls. In addition, he does that sexy thing while teaching her to shoot an arrow. But Nicholas shows up to take his place and hits the bullseye and escorts Kelly away, but NOT before Alex shoots, and splits his arrow in two like Robin Hood. Except that, according to Mythbusters, that’s impossible.

Ball time! Nicholas gave her a diamond necklace. And King JB invited his friend Barmaid Joan.  Alex is there, serving drinks, and corrects Nicholas when he quotes “She walks in beauty like the night” but attributes it to Shakespeare. (It’s Byron). And Kelly knows the right author because she’s an English Major. English Majors FOREVER! But seriously, Kelly, you can’t see what a douche Nicholas is? It’s practically tattooed on his forehead. And he’s just proposed to her at the ball, and when she says that she’ll consider it, he announces to the entire group about it. It’s so obvious to EVERYONE but her.  English Majors Man.

After another chemistry equation with Alex and Kelly, Alex offers to do some discrete inquiries about Nicholas, and King JB says Go with God, my son.

Kelly takes Nicholas on a tour of the castle, and he goes in for the kiss, but gets interrupted by the news that the horse, Nelly, is now going to have her baby.  Oh, it’s so cute, and slimy.  Kelly and Alex have that bonding over a newborn look. And Nicholas has a cut scene with his valet, where he calls Kelly “quite teachable.” All together now. Ew.

King JB tells Nicholas that a) he should have asked permission to propose to his daughter and b) Kelly is going to be a teacher at Oxford. Nicholas says no, she won’t have to work anymore, and King JB thinks Oh Man, This Guy SUCKS! And then he has a heart-to-heart with his daughter, and tells her flat out that she’s in love with Alex.

Nicholas shows his true colors and she dumps his ass. YAY! But before he can leave, Alex’s Oxford mates comes through – Angosia is almost bankrupt and he needs the raw materials from Merenia to fix his country. Through a long, drawn out conversation, Angosia agrees that Merenia is always going to be independent, and Angosia gets the lease rights to the raw materials. And now King JB proposes to dissolve the monarchy in favor of self-government, and it turns out the head of the Privy Council is Alex’s dad.

There is a very weird BBQ at the palace, where the butler calls the square dances. It’s weird.

Kelly just said that she thinks Jane Austen would write about her and Alex. That is some serious gall, lady. I highly doubt Miss Austen would give two shakes of a lamb’s tail about your issues with your hunky stable hand turned veterinarian.

King JB gets his dog to visit Merenia, Kelly and Alex kiss and live happily ever after, and the end. Wow. There was so much in this movie. Almost too much. For reals. My goodness. So glad that’s done, that I could get through it, just so you don’t have to.